Chiclana wines are placed in the national elite 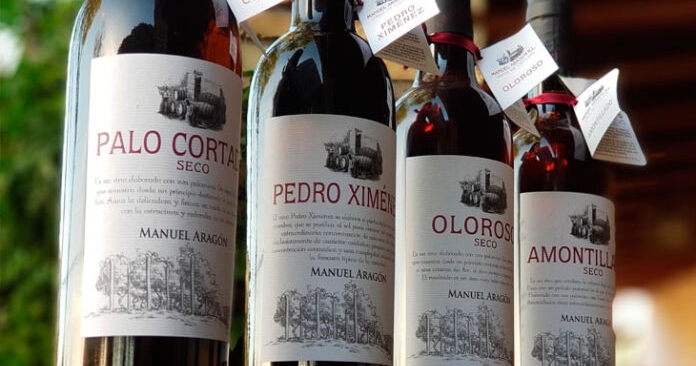 Chiclana wines are placed in the national elite

The Chiclanera winery, Manuel Aragón, has managed, due to the excellent quality of its wines, to be one of those highlighted by the Peñín Guide. A recognition that joins the previously granted by the prestigious international guide Robert Parker. Not too long ago, when neither tourism nor construction had the importance that they have come to acquire, Chiclana was a city of vineyards, wineries and wines that for years supported much of the city's labor and economic activity.

One of those traditional wineries, familiar in most cases, is Bodegas Manuel Aragón, which has been seen as one of the most prestigious guides in Spain, as far as wines are concerned, such as the Peñín Guide, it has scored very prominently several of the wines it produces from its vineyards.

Specifically, they are Palo Cortado and Oloroso, valued at 95 points; the amontillado “El Neto” with 93 points; the Pedro Ximénez with 92 and the muscatel “Los Cuatro” with 91 points. Wines that, in the case of the latter, have also obtained the highest value for money.

With these notes, Chiclana wines are once again among the national elite thanks to the tireless work of a team that has clear ideas when it comes to betting on excellence and tradition, after years ago the prestigious guide Robert Parker scored his Oloroso and Palo Cortado bottled for the Navazos Team with the Bota de Oloroso 63, with 99 points in The Wine Advocate, and the Palo Cortado 62 with 98 points.

This is how Sebastián Aragón explains it, for whom "in addition to being a source of pride that magazines and guides of proven prestige distinguish us with their recognition, it also endorses a way of working and understanding the world of wine, taking advantage of and giving value to the stock of very old wines that we have inherited from our predecessors and that we have been able to preserve and thus put a range of “premium” products on the market.

Because in addition to tradition, this winery is characterized by fearlessly betting on new consumer trends, emphasizing quality. “For me, says Aragón, quality is giving satisfaction to the customer when they take our product”.

A quality that is also reflected in the presence of Bodegas Manuel Aragón wines on the menus of some of the best national restaurants, as is the case of “A Levante” in Chiclana.

In addition, this good work is reflected in sales abroad, where in addition to being present in more traditional markets such as England or Germany, it is also exporting to more exotic destinations such as China, "a market in which the wines that are most in demand they are the fino en rama, the oloroso, the amontillado and the “cream”, highlights Sebastián Aragón.

But the activity of this firm is not only limited to the production of wines but also bets on Wine Tourism with initiatives such as the "Fiesta del Mosto". “It is an activity that we have been doing for a few years and that will take place at the beginning of November and in which we organize a tasting of the new must with the accompaniment of sausages from Chiclana, a seafood rice and a glass of muscatel. All this with musical performances for the attendees”, says Aragón.

A wine tourism activity that is also reflected in the visits to the winery, "an experience that is increasingly requested by the tourists who visit us and by the people of Chiclana themselves."

Fuente: The Newspaper of Chiclana