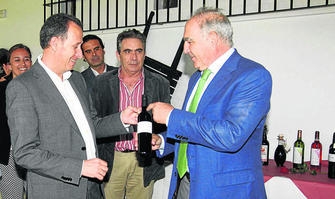 The mayor visits the Bodega Manuel Aragón Baizán, which was recently awarded for its Oloroso and Palo Cortado. In this sense, the mayor has recalled that "the Bodega Sanatorio, now with this new generation represented by Juan José and Sebastián Aragón, has taken a brutal step forward. Thus, from its famous Fino Granero and Moscatel Gloria it has gone on to new wines of Sauvignon Blanc, reds, sweets, vermouth, etc...".